Meet some of the individuals who are permanent residents at the Triangle Chance for All microsanctuary!

Clementine and Amandine enjoy their favorite treat: one of their eggs!

Clementine and Amandine are two Buff Orpington hens who came into a county shelter as strays. Triangle Chance for All was able to rescue them from the shelter, making them the first micro-sanctuary residents! They are tightly bonded pair, who enjoy exploring the yard together and finding yummy things to eat. Amandine is usually the leader of the two, but Clementine sticks up for her sister as well!Their favorite treats are kale, bananas, pumpkin seeds, and most importantly: their own eggs! Our “ladies” have big personalities, making it hard to resist their charm.

Phoenix was one of 105 roosters who were rescued from a cockfighting ring in South Carolina with the help of Carolina Waterfowl Rescue, who coordinated temporary housing and care for the rescues. He is a beautiful boy who was awaiting a fight when the bust occurred, so he came to us with tape still on his legs. Now he and the game hen Phoebe are an inseparable unit who prefer each other’s company to that of humans.

Nutmeg was found as an abandoned chick and cared for by a foster through Carolina Waterfowl Rescue. Nutmeg is very friendly with people, but sometimes she is not quite sure how to interact with other chickens.

Hypatia was picked up as a stray with a cold and taken in by Carolina Waterfowl Rescue, where she was nursed back to health. She is a wise, stoic hen who is one of the matriarch of her flock. 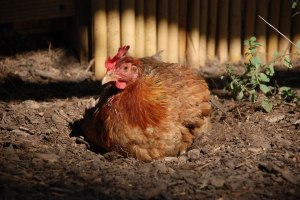 Phoebe came to Carolina Waterfowl Rescue after being rescued from a cockfighting ring. She is the constant companion of Phoenix, our ex-cockfighting rooster. Phoebe is wary of people, for obvious reasons. 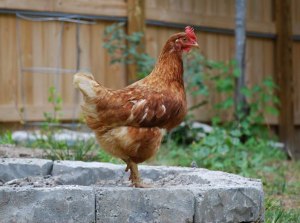 Beatrice was an Easter chick who was surrendered with her best friend, Coriander, and cared for by Carolina Waterfowl Rescue. She and Coriander made a great pair of confident ladies up until Coriander died. Beatrice has a huge personality and is the top hen in her flock. You do not want to mess with Beatrice. 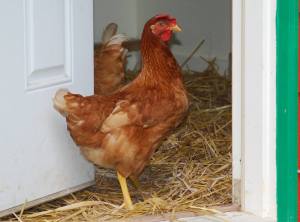 Trudy & Annabel are two Production Red hens who were picked up by a local county shelter when they were just a few months old, along with the roosters Tolstoy and Da Vinci. We do not know much about their past, but they are tightly bonded friends who are always close together, and they are quite a mischievous pair! 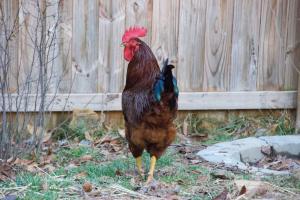 Tolstoy came into a local county shelter along with Da Vinci the rooster and the hens Trudy and Annabel. Tolstoy is an independent kind of guy, and he is much shyer than his brother, Da Vinci.

Da Vinci came into a local county shelter along with Tolstoy the rooster and the hens Trudy and Annabel. Da Vinci is full of energy and really likes hanging out with humans. He wants to be where you are, especially if you are eating some peanuts or oatmeal!

Bibi was hatched as part of an educational project and then kept with three other hens at a daycare. A raccoon broke into their chicken tractor one night and killed three of the hens. Bibi was being attacked when someone came outside to shoo off the raccoon. She has lost part of her beak and wattle, and she was clearly traumatized by the experience. After a few weeks of emotional and physical recover after arriving at the Microsanctuary, she regained her spark once she had new hen friends. Now she is a spunky little lady who does not let her broken beak stop her from eating and generally sassing up the flock. 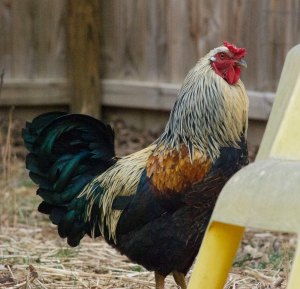 Salem came from a county shelter near Charlotte. He was picked up as a stray, like so many other roosters. He spent a month at the shelter and then came to TCA, where he quickly bonded with another young rooster, Autumn. They were best friends up until Autumn’s death. Now Salem is a dapper, confident guy who is very protective of his hens.

Wilkie had been showing up in a Cary neighborhood for a few months when someone contacted us about taking her in. Although she was a bit hard to catch, after a few meals and nights in a warm bed, she adjusted well to her new life of safety at the Microsanctuary. In the summer of 2015, Wilkie got her wing caught in a fence and broke it so severely that it required amputation. She fully recovered and is back to her old self, even though she cannot fly.

Yuki was found wandering around a local college campus. After a short stay at the shelter, she joined the Microsanctuary family. She is a super sweet lady who likes to ride on shoulders and has a big personality. (Photo credit: Becky Johnson.)

Lavender was rescued as a stray. She quickly settled in after arriving at the Microsanctuary, where she bonded both with the humans and the other chickens. She is now the constant companion of Da Vinci the rooster, and she still takes most opportunities to hop up on your shoulder to say hello. 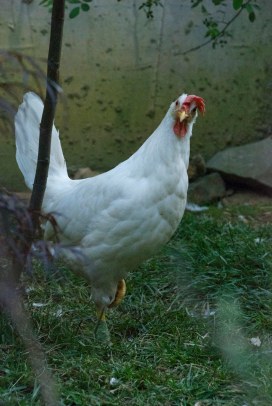 Willa showed up as a stray at the Wake County Animal Shelter with a maggoty wound on her derrière, as well as bumblefoot and some reproductive issues. A metal leg-band indicated that she was probably at some point a “layer” at an egg farm. She healed up nicely with proper medical care! 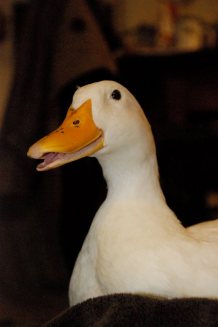 Nemea is named after a water nymph from Greek mythology. She was an imprinted Easter duckling, which means she was raised from birth by humans, but she was abandoned when she turned out to be too much work for her family. Nemea is talkative and wants to be where you are, preferably with food ready for her to eat.

Amy is a runner duck who was dumped at a pond and rescued after locals started shooting at her and other ducks. She had also been traumatized by a group of male ducks at the pond. She was terrified when rescued, but she started to come out of her shell the moment she met Nemea. The two are inseparable now, with Amy being Nemea’s constant shadow.

Fizzgig is a lavender Guinea fowl who wandered into the TCA family (literally) when he showed up one day at the Microsanctuary. He was infested with ticks and had an old injury on one toe; he was also slightly anemic. He made himself right at home and has a big personality to match his adorable face. Now he is a contented flock mate of Clementine, Amandine, and Nutmeg, as well as Salem.

Mott was picked up as a stray and held in a rural shelter. He joined our Microsanctuary as the first pig resident in October 2014! He enjoys napping in the sun and searching for anything edible around the yard. He is a bit shy around people, but he has warmed up a lot since his arrival.

Cordelia was picked up as a stray in a rural shelter. After a planned adoption fell through, we brought her to our Microsanctuary to join Mott as the second pig resident! The two bonded very quickly and now are nearly inseparable, be it while rooting around the yard for snacks or snuggling up for a nap.

Help our Microsanctuary grow! Please support Triangle Chance for All so we can add more rescued farmed animals to our family of residents. You can also sponsor one of our residents to help us provide them with ongoing care.

To see some of the individuals Triangle Chance for All has helped get to a permanent home at other sanctuaries and rescues, visit our Placements page.